Hi, welcome to GROUCHES Wiki! Thanks for your edit to the File:GROUCHES NA.jpg page.

You're more than welcome. I was happy to do it. I just didn't want you to get banned from wikia, as Lisa would've done. I'd be happy to help you w/ the technical side of things, like the skin. But I don't really know anything about the Muppets, so I'm not sure how much help I'll be. Jayden Matthews 18:59, January 19th, 2010 (UTC)

Thanks, but I already am. The founder of a wiki automatically becomes a Bureaucrat. Is Station to become an Admin too? Jayden Matthews 19:26, January 19, 2010 (UTC)

Skype is a sort of little camera where you can see from the other place of the world. Like you are in England or is it America? I'm in the Netherlands & if you have Skype, we could make contact and talk to each other. And are you from England or America? -- Station7 21:59, January 19, 2010 (UTC)

Hey you, how are things? Wow, this Wiki is really coming along. I'm impressed. Speaking of Wikis, I've founded a new one myself - The Harry Potter Fan Art Wiki. Check it out & let me know what you think. Jayden Matthews (talk) 23:05, January 25, 2010 (UTC)

Well you know I'm always here for you if you need me. You should be able to view the new wiki by following the link I provided above. There's only 1 picture on it at the moment, but still. Jayden Matthews (talk) 14:13, January 26, 2010 (UTC)

Here's the following message that I got: User:Default is just a default user by MediaWiki, its not a real person, and just does stuff, like adding the starter pages. -- Lcawte 16:26, February 2, 2010 (UTC)

Hello I'm a little busy at Lostpedia. I think we could better let it go the edit problem. Angela didn't understand it real, so it's better if we let the edits like it is. We can't change nothing. -- Station7 17:08, February 6, 2010 (UTC)

Hey there GrouchMan, Jayden Matthews asked yesterday how it was going on with GROUCHES Wiki. I said that you did a lot to the Wiki, however he didn't watched at this Wiki. It looks like he had it to busy with what he was doing. -- Station7 21:12, February 1, 2010 (UTC)

Hey GrouchMan, since your many many edits on Harry Potter Wiki, you should ask for Adminship. But you have to know if you're an Admin, you can't make me an Administrator, because it's not your own made Wiki. You should ask it, you never know. -- Station7 21:46, March 3, 2010 (UTC)

Man, that sucks. I'm sorry to hear that. But, I guess rules are rules. Is it really a good idea to ban Cav from this Wiki, though? He hasn't really done anything wrong, & if the Wikia staff find out you've banned someone because of a grudge, you may lose your Adminship of this Wiki. I'm really, really good. I lost my job recently, but I've got a boyfriend now, & I haven't felt this happy in years. The political state of the UK isn't very good though. Jayden Matthews (talk) 19:08, May 7, 2010 (UTC)

Don't worry, I've done it. Well, we've just had our 1st major election in 5 years. The problem is no one won, at least not properly. So now all the candidates are claiming to be the rightful winner, & the country has no Prime Minister or proper government. Jayden Matthews (talk) 19:20, May 7, 2010 (UTC)

Yeah, I'm a Brit! I thought you knew that. Well basically David Cameron (the Conservative leader) is the rightful winner. He got more votes than anyone else. The problem is he doesn't have enough of his people in Parliament to form the basis of a government. So now, he has to forge an allegiance w/ Nick Clegg (the Liberal leader) so that he has enough support to declare himself the victor. The problem is, the Conservatives and the Liberals hate each other, & if they can't get along the current Prime Minister Gordon Brown (a complete moron) gets to stay in power despite the fact he lost the election. Jayden Matthews (talk) 19:47, May 7, 2010 (UTC)

Yeah, it's a shame about that. What exactly happened? Obviously I'd love to help, but, since I asked for my account to be banned I can't communicate w/ anyone there. Jayden Matthews (talk) 13:16, May 8, 2010 (UTC)

Hi, I'm really enjoying this wiki - I really like the page on GRUNDGETTA! I found this site a few days ago through a link from your page on the Harry Potter Wiki, but when I went on it again to find this site I realized that you had been blocked! How did that happen?! I thought you were a really active member! Anyway, hope everything's OK! -- Claire

Hey buddy, how are you? Yeah, I still edit there from time to time, mainly out of boredom. I don't know how much weight my voice carries there anymore, I doubt Cavalier would unblock you just cause I ask. Jayden Matthews (talk) 19:31, October 19, 2010 (UTC)

I don't have a personal email anymore, but you can email me at my stepdad's address, which is I can't really be bothered w/ Facebook to be honest. Jayden Matthews (talk) 22:34, November 4, 2010 (UTC)

That's too bad, GROUCHMan! Unfortunately, that wiki blocked a lot of people for some reason, didn't they?

Hey there old sport! Sorry for the late response but I've had a manic few months. If you have any free time maybe we could have a catch up. I have a proposal to put to ye, if you're interested? Jayden Matthews (talk) 17:07, November 15, 2012 (UTC)

Awesome, I've missed you too! Might you be free Sunday at some point? Basically the True Blood Wiki needs a new Sheriff. Buffy left a few months ago & there are no other active Sheriffs, except for myself. The place is an absolute mess, with vandalism left, right & center. Unless I'm able to turn it around soon I can't see it lasting much longer, which would be a real shame, considering the work that Buffy, myself and others have put into it. I can't devote nearly as much time to the wiki as I would like, and I really need someone to be the "sharp end of the stick" in fighting vandalism and spam. Even if you could only spare a few minutes a day checking the recent pages for vandals it would make the world of difference. So, what do you think? Jayden Matthews (talk) 14:01, November 16, 2012 (UTC)

Hello! I was just turning on the Special:Promote option for this wiki. It adds you to the mix of wikias on Wikia's homepage, and it promotes the wikia for new and old users who might be interested! Grace (profile)•(talk) 23:18, August 7, 2013 (UTC)

hey man im sorry to hit you up on an unrelated wiki, but i noticed you're a big editor on the scrubs wiki. i got blocked on there so i can't message anyone on that wiki, and i tried hitting up Ohmyn0 on another wiki, and i tried tweeting to remlap (who blocked me), and ive been trying to get unblocked on there but neither has responded still. i was blocked on there because of (i'm assuming) a couple edits i made to the pages of carla and elliot, by adding their married names to their page name and i didn't realize that was a no-go. could you maybe hit them up for me and help me to get unblocked? i've been working on a big page i wanted to add on there but now i can't upload it because of the block. if you could help me out in any way, it would be very appreciated.

i'm not sure what exactly it was that got me blocked. no reason was given under the subject about why. i can only assume it was because i changed carla's page to be Carla Espinoza-Turk, and elliot's page as Elliot Reid-Dorian. both edits were reverted back to their original names and then i was blocked without a given reason. i appreciate you replying to my message since the others still haven't, and i really want to upload my article but i can't. i've made several constructive edits to the scrubs wiki, and then i made those 2 that apparently pissed off remlap, and now because of that, i get blocked "for infinity". really unfair, in my opinion.

I had a problem on Grouches Wiki about the "Oscar and Grungetta race the Sloppy Jalopy" article because I tried to add an an image of The Adventures of Trash Gordon like this one but nothing happened. 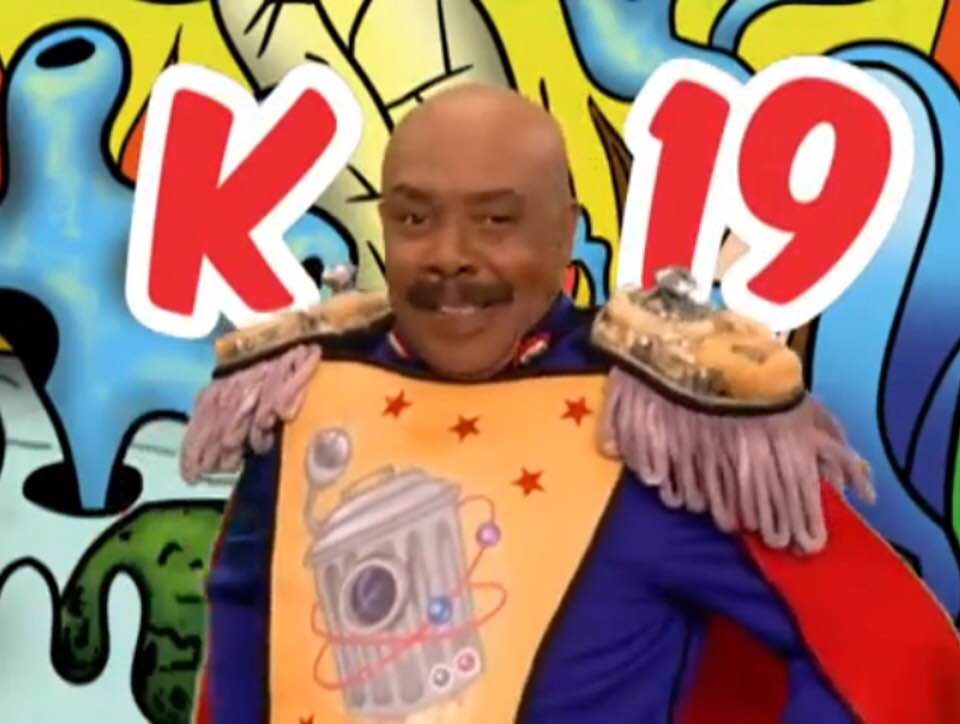 because I want to replace this one with the other one, 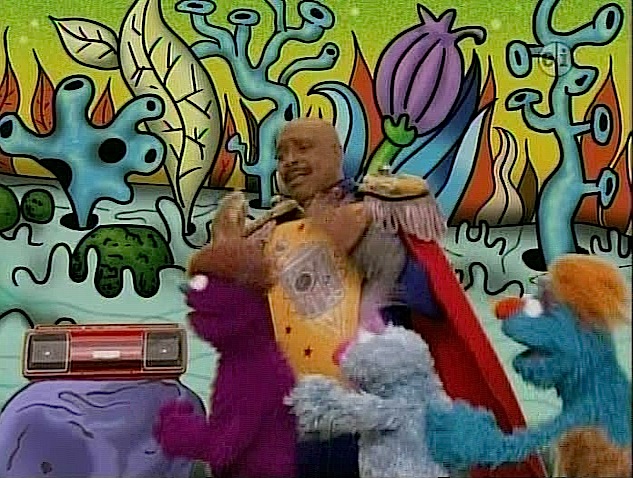 but I can't do it because I sent you a snippet of my problem which has a box that reads "An unknown error occurred" which means that every time I try to add it by renaming the image I need by typing in the name of it but the box keeps appearing.

PS. Sesame Street has been brought to you today by the letter K and by the number 19.

Retrieved from "https://grouches.fandom.com/wiki/User_talk:GrouchMan?oldid=252401"
Community content is available under CC-BY-SA unless otherwise noted.